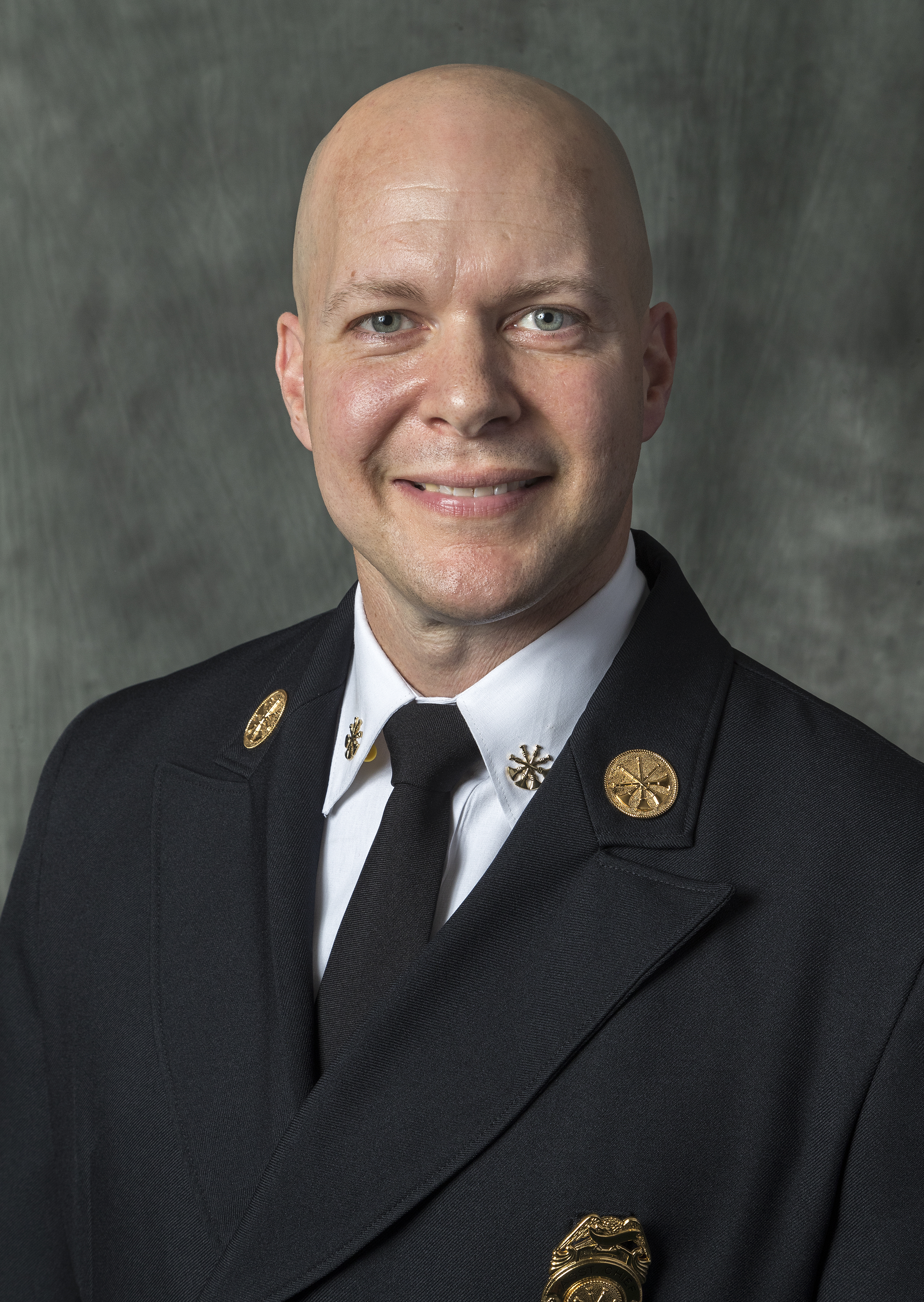 Bryan E. Newberry is the Assistant Chief of Operations with the Springfield Fire Department. In this role, Bryan is responsible for supervision and leadership of emergency medical services, fire suppression, mitigating the consequences from disasters, rescue activities and special operations teams.

In March 2010, Bryan received his appointment as Fire Chief of the Battlefield Fire Protection District. As CEO and Chief, Bryan led and managed all facets of the fire department until joining the Springfield Fire Department in October 2017. He also serves as an officer in the United States Navy Reserve.

Bryan holds numerous certification and training credentials. He graduated from the United States Fire Administration’s National Fire Academy Executive Fire Officer Program in March 2011. That same year, Bryan received accreditation from the Center for Public Safety Excellence’s Commission of Professional Credentialing. He received the Fire Marshal designation in 2012 and the Chief Training Officer designation in 2015. In 2011 and 2014, Bryan received the honor of Fire Chief of the Year from the Fire Fighters Association of Missouri. In 2017, Bryan was awarded the Excellence in Leadership award by the U.S. Navy Supply Corps Officers Association.

Bryan is a member of the National Society of Executive Fire Officers, International Association of Fire Chiefs. He is an Incident Commander on the Region D Incident Support Team and serves on the International Association of Fire Chiefs Professional Development Committee. Bryan is also a member of the Marine Corps League, Marine Corps Association and the American Legion. He is actively involved in several community organizations including the Springfield Safe Kids Coalition.