He Chose to “Leave a Legacy.” 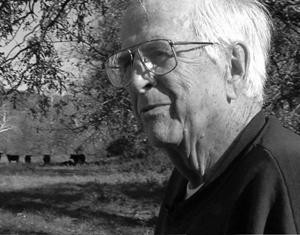 David Lewis chose to include OTC in his will. He had no
dependents and wanted to make sure his legacy could help
others. He wasn’t the CEO of a large corporation, nor did he
inherit his wealth. He earned his wealth from working at Sears
for nearly 40 years and living a frugal lifestlye.

David lived in southwest Missouri his entire life and believed
that an education could change a person’s future. His generous
gift of $1 million for student scholarships will change the
lives of generations of students and provide opportunities that
otherwise would not have been possible.

David passed away in December 2009, but his memory will
live on in the hundreds of students his gift will impact.

“If we haven’t helped somebody as we go along,
we haven’t accomplished any mission.”